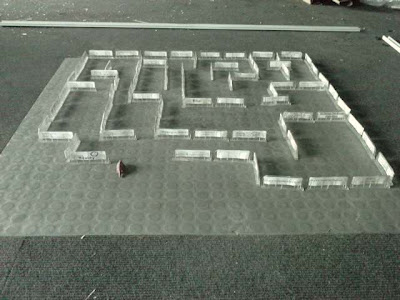 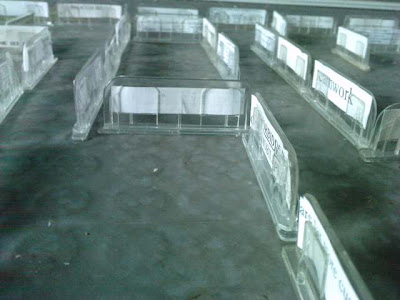 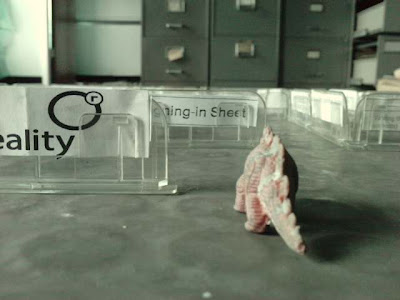 There was this TV show when we were little called Fraggle Rock. When the song came on we would dance. There were Fraggles and Doozers - the Fraggles just had a laugh and the Doozers spent all their time working. The Doozers made buildings out of clear plastic.

The second thing I made happened when I went into the office. In the drawers I found headache tablets, a plaster, a sewing kit, a birthday card, a cassette tape, a nail file, some doodling and a few other personal effects. Of all the other trash lying around these small personal effects were
evidence of the people who worked there every day. I wanted to archive these objects because the were so personal. Using paper from the same office to make paper pulp I fossilised these objects to preserve them and keep them in acknowledgement of the people who spent every day at the factory. 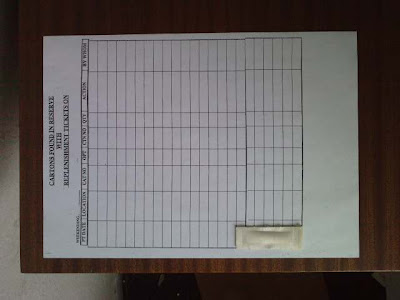 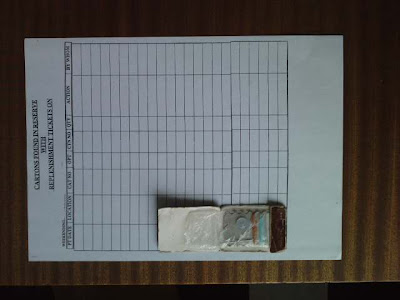